Prepare To Be A Hero 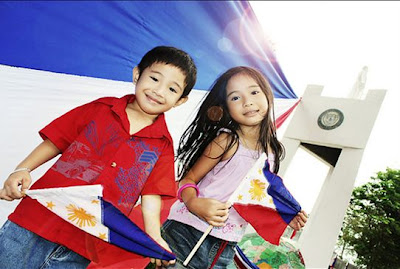 Our country has produced countless numbers of heroes from Lapu-Lapu to Pres. Cory Aquino. Because of their heroic achievements, their selfless sacrifices for our country, the Philippines. We regard them as individuals larger than life, their heroic values were embodied into our society in a way of preserving and teaching these vaules to the young people.
In our journey to the 21st century, we struggle with new problems and opportunities never faced before, such as terrorism from both NPAs and Abu Sayaf groups, the gargantuan environmental problems, poverty, hunger, graft and corruptions.

Our country's democracy is once again threatened and challenged. Not by invasions of foreign forces, the enemy is within our society, they are among us, in front of us, divesting the taxpayers money, waving and shaking hands with us and our fmilies hoping to remain in power. Some are the elitist and capitalists who have form alliances with the politicians to enrich themselves by exploitng the weak, the poor and the powerless citizens. While others are visible in tv commercial ads spending millions of pesos conditioning our minds in preparation for the 2010 elections.

The need for new heroes is more acute than before. To avoid the political turmoil, economic chaos, catastrophic environmental problems, we must have Filipinos who are willing to take bold actions to address our country's enormous problems.

We Filipinos have been shaped by our culture and faith, we are all potential heroes waiting for a moment in life to perform a heroic deed. The decision to act heroically is a choice that many of us will be called upon, and as we celebrate our country's National Heroes Day, as true Filipinos in heart and soul, let us prepare ourselves to act when and if a moment calls for heroism arises - a moment to act when most others are flaccid.
And in our digital world, Arvin de la Pena's article entitled "Mukhang Pera" which has caused an uproar from the OFW bloggers after it has maligned the dignity of our New Generation Heroes; has been voluntarily deleted by the author from his blog post.
In the spirit of goodwill despite the leaf of reconcilliation was not clearly visible on the other end of the bridge, with humility we have to concur on the peaceful solution to immediately reinstate harmony in blogsphere. Thank you to Lord CM of Dungeon Lord for being an effective Peacemaker of KABLOGS for his extraordinary actions in this trying time, you are the real hero of our time.
I beg to bloggers not to play with the feelings of our fellow Kababayan particularly the OFW to gain instant fame to build blog traffic and popularity. Let us not join the bandwagon of infamous writers like Malou Fernandez and Chip Tsao. Remember that in the end when the storm has come to a lull, there are no winners in this vicious writers game and the OFWs remained victims and only time can heal their scars..


The respect you give to your readers is the same respect that you will earn from them. Let us build and shape road and bridges not walls that divide us from the stones that God has given us in our daily life.


May the healing power of God cure the wounded hearts and souls of our afflicted Global Filipinos and may peace and harmony reign in the hearts of our "Kababayans".
Posted by The Pope at 8:37 PM